Regularized Adjusted Plus-Minus (RAPM) is a method for evaluating skater performance that seeks to improve on the known issues with on-ice metrics (such as raw on-ice Corsi For %, etc.). Raw on-ice skater ratings are inherently impacted by the teammates a player plays with, the opponents they play against, a player’s percentage of zone starts in the offensive or defensive zone, back to back games, etc. There are many aspects of the game that players have no control over. The goal of RAPM is to control for these aspects and provide a better measure of a player’s offensive or defensive ability.

RAPM seeks to account for all these factors by using a statistical technique called linear regression (specifically, a regularized linear regression called ridge regression). This allows us to control for all teammates, opponents, score state, zone starts, etc. at the same time further increasing the accuracy of a specific player’s rating. The method can be used at various strength states and for various metrics. On Evolving-Hockey, we provide 2 strength states (EV & PP/SH) with 3 separate metrics (Goals, Expected Goals, and Corsi). Each regression is run for each season and players are separated by team (traded players are split into multiple versions of themselves – one version for each team they played for in each season).

The name “Regularized Adjusted Plus-Minus” is taken from basketball statistics where this method was originally developed (see our References Page for links to the foundational works of RAPM in basketball and hockey). Our full RAPM model writeup can be found here.

The RAPM Charts use the RAPM metrics we feel are most reliable for skater evaluation. These include:

The respective RAPM ratings used in the RAPM Charts are centered and scaled around the positional mean (Forwards/Defensemen) of the selected timeframe using Z-Scores. This is done so each RAPM rating can be viewed on the same “level” as the others. Using Z-Scores we can look at how a player has performed relative to all other players at the same position over the selected timeframe.

Note: The GA/60 ratings that result from the Goals RAPM regressions are inherently influenced by the goaltender behind the skater and are problematic for defensive evaluation. They are not included in these charts for this reason. 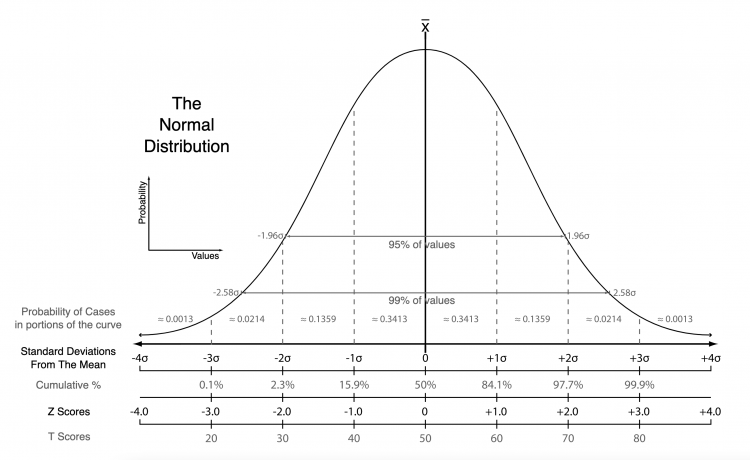